The film version of NEVER LET ME GO is being made as you read this. Go Keira. 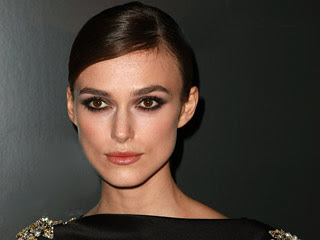 Posted by Melissa Ford Lucken at 2:04 PM No comments:

From the first page, Sue Miller’s novel, THE GOOD MOTHER, which explores the boundaries of love, is a great example of a work that uses each aspect of story to convey theme and in doing so lets theme rise to the surface and create its own truth. Early in the story a reflection combined with foreshadowing is tied to the theme. In Chapter Two, Anna is remembering her family’s move to Chicago from the East as it related to her relationship with her mother. “My mother set about decorating it with a passion which finally seemed to obliterate me from her consciousness.” (p49)

This single line not only relays character information, that Anna felt distant from her mother after moving to a new city, but also foreshadows Anna’s own behavior of distancing herself from her own daughter after moving to Cambridge, as well as reinforcing theme. The explorations of love’s boundaries continue, often woven into Anna’s back story. Later in Chapter Two, Anna returns to thoughts of love, this time comparing the expressions of love she learned from her mother and her mother’s extended family to that of her father’s family.


But as I lay in my lumpy narrow bed...I realized I was dreading leaving my grandparents’ farm to go home, to the East, where I was surrounded by love, by protestations of love; but conditional on so much: on being good, whatever that meant; on doing well; on making the family proud. The demands themselves, I realized, were often the clearest expression of the love. (p60)

The reflection continues as Anna ponders a song she frequently played for her grandparents while staying with them one summer, “O Love, That Will Not Let Me Go.” The title of the song provides both a confirmation of theme and an anchor for Anna’s subsequent thoughts: “That was the trouble with my mother’s family…” meaning that that they did not let go of those they loved.

Much of the early part of the novel is spent pulling together such memories, reflections, and judgments of love. In Chapter Five, about one third into the novel, Anna begins to understand that she herself has the power to create and explore love’s boundaries and Miller continues to use story elements to support theme. In Chapter Nine Anna begin to understand how her choices regarding who and how to love set boundaries. At this point in the story she is at a crossroads; she has recognized that her old life no longer exists and that she alone is responsible for her new one.

This opening of the chapter uses metaphor to convey a sense of journey and reinforce theme. As she drives Anna is moving forward, regardless of the fact that she doesn’t know where she is going. The edges of the road are boundaries and Anna’s maneuvering between those edges is a reflection her ability to define herself within those boundaries.

I couldn’t remember where the road had once needed, but at some point I crossed the line and was driving in new territory. Though it looked the same—the brown clayey dirt deeply rutted…I was aware that I could no longer anticipate the curves, the sudden blind rises where earlier, I’d known reflexively to tap my horn for an oncoming car…


I circled close to a swampy inlet, thick with water lilies, that I remembered once or twice trying to row through. The long stems of the lilies had tentacle around the oars, and the lily pads made a hissing sound against the wooden boat bottom at my lurching glide through them. Then I was back in woods again, the cleared road a stripe of sunlight across them.


I’d been on this part of the road before only once or twice as an adult—it had been cut through the woods during the early years of my marriage to Brian, and we had come up together a few times. But I didn’t remember it, and it seemed to me I’d been on the new part much too long. (p185)

In the pages that follow, Anna continues to work though issues and strives to establish the limitations of her own brands of love—both passionate and maternal. The results of her struggles can be seen later in the novel, very near the end:

But that isn’t what I have, nor what I can offer Molly. I’ve made do with a different set of circumstances—with our distance, our brief times together, with all that’s truncated, too little, too small in what we have. And I take a certain pride in how well I’ve done this, in thinking perhaps I’m suited to it in some way, as other, more passionate people might not be. (p309)

Also, Anna returns to her thoughts of love from page 60, when she clarified the difference between a love that holds and a love that lets go. Her preference for a love that let’s go is clearly expressed in the last two lines when she visits her daughter, Molly.

I held her tight for a long moment in out unseeing embrace. It seemed the same, her smell, her touch, the wiry density of her limbs. Then I set her down, let her go. And she turned away ahead of me to lead me to her new life, to show me everything. Her dress was rucked up in back, her hair wispy and wild from our embrace. Everything was familiar, and also unknown.

While the end of the novel is not a happy one, it is satisfying. It brings the reader to a point in Anna’s life where Anna has begun to see that she boundaries of love and taken ownership of her actions.
Posted by Melissa Ford Lucken at 11:10 AM No comments: