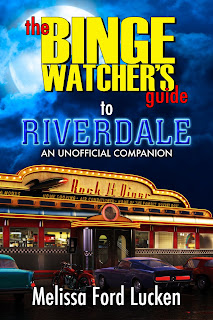 Busted families, broken hearts, secrets and corruption are the lifeblood of The CW’s gothic horror series Riverdale. The show is based on the original Archie comics, but this sinister town is a far cry from the wholesome, anyplace USA depicted in 80 years of the teen adventures featuring Archie, Jughead, Betty, Veronica, and the rest of the gang. This Riverdale is an other-worldly, ominous place where enigmatic parents and cunning town leaders hide wicked secrets while teens struggle to survive.

The Riverdale gang face the definitive dilemma: good vs. evil. They fight ghouls, a cult leader, a serial killer, and each other—all while sporting inspiring outfits and photo-ready hair. Great music, the occasional Vixens cheer dance-off, and too-steamy-for-high-school sex scenes add an undeniable layer of watchability to the fan-favorite show.

This Binge Watcher’s Guide will get you through the first four seasons. Keep the book beside you while binge; the trivia, quotes and episode commentaries will inform and entertain. Want more? The literary analysis, connection to the comics, and resources have you covered.

Get your copy on Amazon or the publishers website. 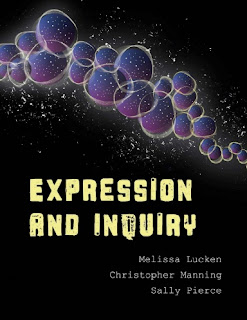 This is a college text that focuses on the nuts and bolts of academic writing including research, textual analysis, narrative and other inquiry methods as well as analysis. This is an ideal text for first year composition courses.

An OER, paperback 5.89, available on Lulu.com 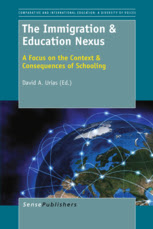 Chapter: Exclusionary Structure or Cultural Clash, why do Immigrants Dropout? a Comparison of OneGroup in Two Different Countries

The issue of students willingly disengaging and dropping out of secondary school is controversial due to the varying views on causality and accountability. The controversy is further intensified by common assumptions and lack of concern stemming from an unrealistic notion that the issue is an individual problem rather than a community/state/national problem. Perhaps as the world becomes increasingly networked and the issue extends beyond individuals to include all citizens in a country, secondary school dropout rates are a global concern (Kjaer, 2004). Exploring external factors, forces that originate from institutions such as educational systems and policies, and internal factors, forces that originate from within the student’s culture such as the student’s immediate family and immigrant community, is an urgent necessity. This chapter explores the balance between these external and internal factors and how these relate to the dropout rates of first and second generation immigrants. Global level statistics collected by Eurydice (2004) and other educational organizations will be used to provide evidence that this complex issue involves both internal and external factors.

Chapter is in text: The Immigration & Education Nexus