Composition theories as identified by James Berlin, second 2 of 4 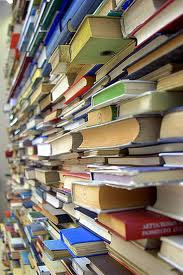 Posted by Melissa Ford Lucken at 6:10 PM No comments:

Composition theories as identified by James Berlin, first 2 of 4 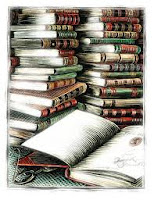 Posted by Melissa Ford Lucken at 6:05 PM No comments:

Critical thinking in the composition classroom

This is a follow up on earlier composition theory posts in which I summarized and discussed the Lindemann v Tate debate over whether or not literature should or should not be used in the college composition classroom.


One of the key discussion points of Lindemann's statements is that there is no single, widely accepted concept of what a college composition, specifically the freshman composition, course should accomplish. Neither Tate nor the others who followed in the discussion on the use of literature in the composition classroom address her question, what is a composition course meant to do? Consequently, that point is not sufficiently explored in the conversation about whether or not literature belongs in the composition classroom. This absence is a flaw in the discussion, one that could have been corrected had Lindemann's question been addressed.

Although the purpose of and philosophy behind college composition courses was not explored fully in the literature discussion of the 1990's, it was addressed by other academics. James Berlin, in his well-known article, "Contemporary Composition: The Major Pedagogical Theories" outlines what have come to be accepted as the four main pedagogical theories of composition instruction and their corresponding models.

As part of outlining the four theories, he states:

The differences in these teaching approaches [is] located in diverging definitions of the composing process itself--that is, in the way the elements that make up the process--writer, reality, audience, and language--are envisioned. Pedagogical theories in writing courses are grounded in rhetorical theories, and rhetorical theories do not differ in the simple undue emphasis of writer or audience or reality or language or some combination of these. Rhetorical theories differ from each other in the way writer, reality, audience, and language are conceived--both as separate units and in the way the units relate to each other. In the case of distinct pedagogical approaches, these four elements are likewise defined and related so as to describe a different composing process, which is to say a different worlds with different rules about what can be known, how it can be known, and how it can be communicated.(Berlin, p765-66)

At the heart of his analysis of pedagogical theories is the question, Where is truth found? It is here, with this question, that the need or desire for critical thinking on the part of the student writer can be assessed.

Two Sides of the Same Coin

Here's what I've come up with so far.
It makes sense that commercial writers are more in tune with exactly what they are writing and what they are going to do with it.


After much stewing, I have come to conclude that both questions are the same. Plot is plot. Characters are characters. Nobody needs me to remind them of how many books that are currently considered classics started out (were originally published) as commercial works.


This is a difference. No getting around it. Do I like hearing authors read? Sure. But sometimes I really would just have the book to cuddle up with. Just me. And the story. No author there to remind me they wrote it.
Posted by Melissa Ford Lucken at 3:54 PM 2 comments: