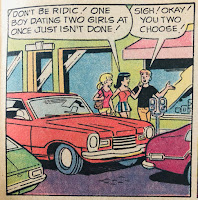 For decades, the Archie comics have depicted the fictional world of Riverdale and while doing so explicitly and implicitly addressed era-relevant social issues. Two characters have consistently been at the forefront of transgressive interests since their first appearances in 1941 and 1942: Betty Cooper, sweet girl-next-door, and Veronica Lodge, privileged debutante. These characters have been reinvented and freshly envisioned in the CW’s series, Riverdale. The world surrounding Archie Andrews, already dynamic as it has been developed over an extended period of time via multiplatform storytelling, has been updated, intensified, and othered. This multilayered amplification of setting provides an effective backdrop for the revitalized Archie characters but also complicates the understanding of the degree to which Betty and Veronica have been recrafted in a way that makes them currently relevant when situated in the conversations and politics of this #metoo era.

Intergenerational family dysfunction, secret societies, predatory men, marginalized women—all are Riverdale. Deconstructing the strategic and central role of setting in Riverdale provides a fuller opportunity to evaluate the influence of these tropes on the characterizations of Betty and Veronica. Have the characters truly been recrafted in ways that acknowledge the changing roles of heroines in present popular culture? Or has their potential been undervalued and are used as tropes themselves? Once the impact of the gothic setting is identified and disconnected from the overall narrative, an isolated assessment of the depictions of Betty and Veronica is accomplished.
classic elements of gothic fiction and all are present in CW’s.

Throughout the decades, Betty and Veronica have been central characters and social activists involved in gender politics. Their new depiction honors that tradition. Despite, or perhaps because of, being a broadcast television show, Riverdale intersects with mainstream popular culture. As part of that culture, the series represents the interests and concerns of its audience. Are the CW’s modernized versions of Betty and Veronica fully actualized meaningfully transgressive characters? Or are they foils to showcase the boundary-crossing actions and attitudes of others? This chapter provides an analysis of the translations of Betty and Veronica and examines the ways in which they have and have not been recrafted to reflect and inform on present attitudes of gender politics, such as commodification of sexuality and gender performativity, as well as considers to what degree these heroines have been fully respected as individuals with unique voices.

Posted by Melissa Ford Lucken at 6:21 AM No comments:

Authors dream of social media pages filled with comments and interaction. Likes are lovely, but writers long to stir up the chatter with their clever posts. They want noise, but often experience virtual silence. Interpreting that silence for audience disinterest is a mistake. Fiction readers who consistently comment are more rare than might be expected.

Social media is about you—it isn’t actually you.

As an author, you want your social media to promote a representation of you and your work. This fragmented version isn’t your true self, but an intentional, crafted version of yourself. You aren’t self-promoting, you’re presenting and interacting in a public space in a consistent and participatory way. 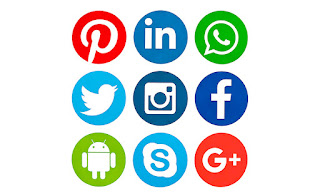 You’re providing people with an understanding of who you are, what you do, and what you stand for, but you are also bringing others together. Its your party; you’re the host, so the event is bigger than you and again, its not about you. It’s about the common interests of those present. Just like a party it’s your task to bring people together and if its been a good time, they will talk about you and your work behind your back.

That’s a good thing. Talking to you and talking about you (and your work) are different things.

Look Whose (not) Talking

Characteristics of non-commenters:
Characteristics of commenters:
Commenting is a slower, reflective, more cognitive process than liking, which is intuitive and reflexive. Additionally, commenting patterns will be influenced by the presence of other comments as well as the types of other comments. Therefore, commenting requires a decoding of the post but also a decoding of the contextual (other) comments. If your followers are too busy to read the comments of others, they are less likely to comment themselves.

Silence (can be) Golden

Characteristics of all social media users: 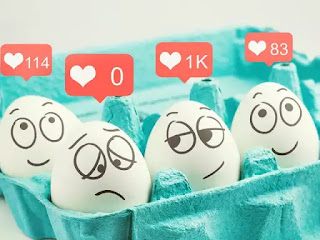 It’s significant to note that visible online interactions are performed by a specific group of people who express a specific set of personality traits. Thus, much of what occurs visibly is limited to and dominated by a specific group. For example, emotionally stable, introverted women are less likely to comment than extroverted men. And so, many of the people who are out there, reading and engaging with your brand, you won’t hear from and many of those you do hear from come from a probably smaller, specific group.

Keep in mind, your social media isn’t about you personally. It’s about the community you are creating. Your approach should be fun, sustainable and incorporate all your work or areas of interest. Do what you like, what seems right, not what people tell you. In fact, I’d say if someone tells you not to do it—do it. And if your virtual ‘people’ are on the quiet side, it probably means you’re being followed by hard-working, introverted women who are interested in what you’re about but don’t feel the need to debate things—probably because they’re busy reading a book.

Posted by Melissa Ford Lucken at 12:38 PM No comments:

Battling Trolls and Cyberbullies as an Author

There are times when being ‘out there’ isn’t so great. Recently, I’ve been talking with fellow writers about their online experiences and repeatedly heard tales of two online creatures that are at minimum annoying and at worst traumatizing. What are these virtual animals? Trolls and cyberbullies.

These invisible beasts aren’t the same. They’re motivated by different goals and appear in the writer’s virtual life for different reasons. Unchecked, virtual attacks can do more than soak up chunks of time and patience. They can damage an author’s reputation, spirit, and creativity.

Troll attacks aren’t personal. The troll seeks to disrupt an online community or ongoing conversation. The more positive or meaningful the troll perceives the online environment to be; the more motivated they are to damage it. Ironically, it’s for this reason that the presence of a troll in an author’s online community is an indicator that the author has created a cohesive, vital online community.
​
Trolls
Most everyone agrees that trolls exist. Authors I spoke with were comfortable discussing trolls and the consequence of trolling behavior. Even the self-proclaimed trolls were willing to discuss their behavior. “I love to make people dance,” said one, laughing, when describing the enjoyment she got out of tormenting strangers online. “It’s hilarious how upset they get.”

When I asked another what she got out of disrupting people’s conversations, she told me about her fake profile, giggling as said she didn’t really know. “They don’t have to stay there (in the online community),” she reasoned. “Whatever I do to them is their own fault.”
​
Arguing with a troll is not likely to be successful. The committed troll operates under a cloak of deception and truth is irrelevant. In fact, truth and openness are contrary to the troll’s persona and goals. Arguing with a troll gives them additional satisfaction because the argument is proof of their success. What to do? Delete their comments and move on. Followers in your online community will recognize the troll for what they are and generally, the troll’s long-term effect is minimal.
​
Cyberbullies
For authors, trolls are a hassle, but not as harmful as cyberbullies. Cyberbully attacks are personal. The cyberbully engages in intentional, targeted harassment and seeks to cause direct psychological pain. Authors who’ve been cyberbullied don’t need to be told the emotional pain caused by virtual harassment is equal to ‘real life’ bullying. For the working writer, who must be online 24/7, it may be an even greater source of distress. The cyberbully can attack any time and through multiple channels.

Authors I spoke with told me about being anxious in the morning because they were afraid to see what chaos had been created overnight. Those with day jobs spoke about day-long anxiety as they worried about what they’d find when they logged in at lunch or during breaks.  Knowing that this constant damage was being done by someone they knew, a so-called friend or relative, complicated things. If they rebuffed them, asked for support from others who also knew the bully or blocked the disrupter, other so-called friends and relatives connected to the bully would minimize the victim’s pain and professional damage and step in to ‘resolve’ the ‘misunderstanding.’

Cyberbullying is one of those things that happens but nobody wants to talk about. Writers I spoke with were hesitant to admit it’d happened to them, and those who did share their experiences were reluctant to talk about the details. It became clear to me that the harm done to the writer’s reputation is easier to deal than the personal pain caused by toxic shame.
​
Toxic Shame
‘Toxic’ shame isn’t the same as guilt that comes from choosing to do something later regretted. Toxic shame occurs when a person has been exposed in a way they weren’t prepared for or in a way that’s too intimate. In this case, the so-called friend or relative has invaded an author’s public space in a way that intentionally humiliates and crosses boundaries. This isn’t the same as basic stress. Toxic shames creates feelings of inadequacy and lack of emotional and intellectual safety. This combination of mental wounds not only weakness confidence but also stunts creativity.

My sense, if it feels like bullying it probably is. Trust yourself. Don’t try to reason with the bully. They know they’re causing harm. Don’t waste time trying to figure why the person is doing it. Why they’re doing it doesn’t matter. What does matter is that they’re intentionally hurting you. Talk about how the situation with one or two close friends and silently block the bully on all social media. Be patient with yourself and understand healing from the attack may take time.

These virtual beasts aren’t going to do anyone the favor of staying in their invisible liars. Acknowledging what these creatures are, understanding what they want, and having a plan of action for when battling with them can be a useful tool in an author’s kit.
​

Posted by Melissa Ford Lucken at 6:00 AM No comments: