The Inclusion of the Magical in the Mundane 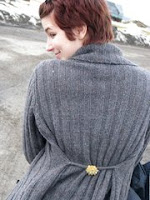 
The fascination for me in a lot of writing lies within the balance between the artist and the artistry than in any certainty of what really happened. It delights me more to guess which aspects of the story are invented and which are mined from the writer’s daily life than to know it’s all factual or to assume it’s all fake. It’s a game I like playing, and Neil Gaiman lets me do it.

Gaiman takes easily to this, writing “The Price” in first person, using the voice of his narrator to pull you in, promising that, yes, it really happened. Of stray cats, he writes, “We pay for them to get their shots, and, indignity upon indignity, we have them neutered or spayed” (51). The narrator names the cats, describes them. “We never seem to have more than eight,” Gaiman writes, “rarely have less than three” (51). The narrator goes away in the story to finish writing a book (much like the author might), and comes back home to find a recent addition, the Black Cat (it has no other name), injured. The narrator takes the sick cat to the vet, brings it home, keeps it in the basement to heal, cleans up its diarrhea, gives it antibiotics. The story reads like a personal essay about a man whose family informally adopts cats.


The first hint the reader receives that this is more than a well-recorded memory is when the indoor convalescence of the cat coincides with several terrible things happening to the family. The family, which had been happy, experiences several everyday hardships: a car accident, a fight with a friend, problems at work, an awful summer camp experience. This still would have all come across as nonfiction, or at least determined realism and naturalism, but for the order in which events are so concisely and effectively shown:

Everybody is happy and the cat, free to roam, is injured nightly.

The cat, after being taken to the vet, is locked in the basement to convalesce.

Bad things happen on the days that cat is locked indoors.

As soon as the cat goes back outside and gets hurt again, all the bad things more or less fix themselves.
It is not conveyed that the family is struggling and the cat, as a side note, happens to be there; it is conveyed that the family’s amount of happiness and safety has a direct relationship with the cat’s freedom to fight outside at night. It’s not a correlative relationship, it’s a causal one.

I should mention that this story has more the feel of magical realism than fantasy, which may be what makes it so special to me. Fantasy tends toward a feeling of self-consciousness, perhaps symptomatic of the difficulty of creating an entire believable world that isn’t like ours. In Gaiman’s work, often we’re thoroughly grounded in our own sense of reality, but then we’re confronted by the less-than-rational, which seems to wait for us around the corner, smirking over the fact that we’re not expecting it. It’s not so much that we’re thrown from our sense of realism, either, particularly because Gaiman’s prose style is so often matter-of-fact.

In ‘The Price,’ for instance, when the Devil arrives and the cat attacks to keep the Devil out of the narrator’s home, I wasn’t pulled from my sense of reality. Gaiman had already prepared me for something like this by earlier showing me that the cat’s wounds were inextricably connected to the family’s state of well-being. When the cause of injuries turned out to be a chaotic morphing Devil with red eyes, it was really not much of a surprise. We already knew the cat was special. Now was just finding out what on earth it was fighting every single night. If there was shock, it was more along the lines of “Why didn’t I see the Devil coming?” as opposed to, “A Devil? Really? Yeah right…”

Because of Gaiman’s naturalistic style of storytelling, particularly in ‘The Price,’ even the most wondrous and questionable events seem like they really actually probably – hypothetically – could have happened, if you just happened to be at the right place at the right time to witness it. Because ‘The Price’ reads like a personal essay that explores the balance between caring for other lives and in turn being cared for, it’s almost possible to forget the fact that the cat, if it ever really existed in Gaiman’s reality, almost certainly never battled the Devil in the middle of the night, by the front porch, in complete deadly silence, while Neil watched through night-vision goggles from inside.

Having easily reached the understanding that I like magical realism – both reading it and writing it – the question becomes how to write it so that other people are willing to go along for the ride and reach the end of the tale without rolling their eyes at anything beyond an obvious joke.

Gaiman got it: leave clues. Don’t play coy with your reader. If he’d just talked about how this cat, this black cat, fought all the time, and then one night the narrator watched the cat fight off the Devil, it would have seemed contrived and awkward. Instead, because we learned so early that there was a causal relationship – even if we didn’t quite understand its nature – between the cat’s well-being and the family’s, it wasn’t as far of a stretch to suddenly realize that the cat was protecting the family from something downright evil and tangible. It’s not a shock to find out a cat is having magical or surreal experiences when you already know that the cat seems rather magical or surreal. If you leave clues early enough in the story, you can guide a reader into accepting just about anything.

Adults, I suspect, want to believe. Imagination is fun. It’s just getting jaded adults to the point where they can keep their logic at bay for the duration of a story that’s the tough part: if you don’t have a causal buildup and you spring a sudden moment of magic on them, they get quite upset about it.

Note to self: writing is quite a bit like laying out a scavenger hunt: the clues need to lead to prizes, and the prizes need to be cool enough for the players to bother working out the next clue.