Gary Tate: For using literature in the composition classroom

Gary Tate’s 1993 article “A Place for Literature in Freshman Composition,” published as a companion piece to Lindemann’s “No Place,” takes the opposing stance—literature in the composition classroom is appropriate and educationally valuable. He offers the suggestion that limitations are not necessary and that all texts should be included as resources. However, he notes,  instructors have moved away from literature as a resource. He provides a historical backdrop for the current views and attitudes toward literature, stating the reasons literature had been removed from classrooms include: poor teaching practices of the past and the revival of rhetoric. He and Lindemann do seem to agree on one point: the need to explore and clarify the purpose of freshman composition. 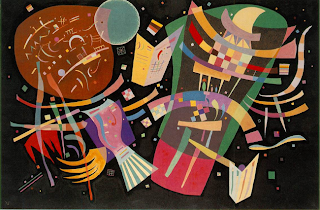 In his follow-up article, “Notes on a Dying Conversation,” published two years later, Tate revisits the idea that literature had been driven from freshman composition classrooms. He adjusts his statement to reflect his new understanding that literature had not been driven from the classroom, only from the discussion. The silence of those using literature in the classroom was part of the  reason for the lack of development of arguments for using literature.
Tate responds to Lindemann’s underlying message of what freshman composition courses ought to do by expressing his concern that a freshman composition course, because it serves all freshman, cannot be designed to prepare students for specific majors. There are simply too many majors for one course to sufficiently accommodate them all. Additionally, he adds, “The ‘conversations’ I want to help my students join are not the conversations going on in the academy…I much prefer to think of them and treat them as people whose most important conversations will take place outside the academy…” (p320). Clearly, he is removed from Lindemann’s position that the primary purpose of the course is to engage students in the dialogue and conversation of the academy.
Posted by Melissa Ford Lucken at 11:32 AM No comments:

Erika Lindemann: Against using literature in the composition classroom 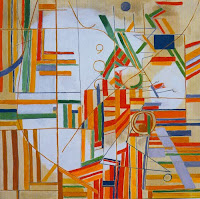 In her 1993 article, “Freshman Composition: No Place for Literature,” Erika Lindemann explores the role of literature in a first-year writing course and takes the position that literature ought to be excluded from such a course. Her primary reason for this exclusion is a lingering unanswered question, “What is the purpose of freshman composition?” Lindemann’s stance is that until this question is answered in such a way that literature is called for it should remain excluded. She includes additional reasons for this exclusion: 1) literature-based courses are focused on reading texts rather than producing them 2) literature is not necessary 3) studying literature does not teach academic style 4) teaching literature does not prepare students for graduate programs by providing teaching training.
In her follow-up article, “Three Views of English 101,” published two years later and after others entered the conversation, Lindemann again raises her primary concern, the lack of a unified, clearly defined, purpose for freshman composition course. She then turns to a simplified description of three writing pedagogies, proposing the pedagogical differences lie in whether the instructor views writing as a product, process, or system of social actions (p288-89). She describes the differences between these models, concluding that the use of literature is not necessary in any of them.
A significant message running through both of these articles is Lindemann’s own perception of what the freshman composition course ought to do. She sees the course as an opportunity for the students to enter into academic conversation, to prepare themselves for the type of discourse found in the academy. There is another significant point running through both articles; it is Lindemann’s perception that the only use for literature is for analysis—that all writing that stems from literature is about the literature.
Posted by Melissa Ford Lucken at 11:28 AM No comments:

In the 1990’s, Erika Lindemann and Gary Tate began a conversation regarding the use of literature in the composition classroom; the conversation dominated and defined much of the dialogue on the subject. While the ongoing debate drew attention to and interest in the use of literature in the English classroom, the debate also bifurcated the topic thus inhibiting conversation and ultimately causing stagnation. As a result of the stagnation, essential areas were not explored. One area not touched upon was an analysis of how fiction differs from non-fiction, especially in how it impacts the reader. Underlying this untouched area is the assumption that all literature “works” the same way. This assumption is incorrect. Another significant flaw, related to the one above, is that the only use for fiction is critical analysis, that all writing generated by fiction is critical discussion of the work. This assumption is also incorrect. These assumptions created significant flaws in the 1990’s literature debate. However, identifying these flaws creates an opportunity to explore beyond the original conversation points and move in a direction that may encourage instructors to reconsider the uses of literature in the composition classroom.
Posted by Melissa Ford Lucken at 11:20 AM No comments: