Although my original hypothesis was not fully supported by my research, I did establish a connection among taboo word use, age, and emotion. 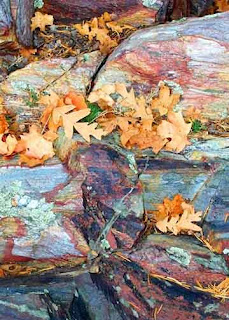 The use of taboo words is linked to social and personal development. As children mature into adolescence they become increasingly concerned with social context; indeed, language use becomes significant in negotiating social relationships around age eleven. Jørgensen stated in regard to his research on code switching in middle school age students that young people perceive their language as something that enables them to have fun in social settings and that language use can in fact “be a power tool in conflicts or as a face-saving measure” . Taboo word use can lead to both fun and social acceptance, two very important considerations for young people.

Adjusting to the emotional changes of moving from childhood to adulthood is another important consideration for young people. As established in Section III, taboo word use is significantly correlated to speaker emotion. It follows then, that the decrease in taboo word use can be linked to the establishment of a wider array of personal tools for dealing with emotion. As an individual becomes more capable of expressing their emotion through productive outlets, such as conversation, their need for taboo word use declines. This analysis would explain the increase in emotionally based narrative content in both older males and females.

My findings are a reflection of the assertion that language serves a unique, highly complex purpose. If one believes that “…language exists as a tool for communication, and rules—old or new—are “good” or “bad” only insofar as they make it an effective or ineffective tool” concerns over taboo word use might be something to reconsider as these words clearly serve a irreplaceable communicative purpose.


Jørgensen, Norman J. 2003. “Gender differences in the development of language choice patterns in the Køge Project.” International Journal of Bilingualism 7:4:353-377.

The data I gathered correlated with the literature I reviewed. Fortunately, I was able to adjust my research to allow the three sources to influence each other. This allowed me to slightly alter the focus of my research as I discovered the connection I sought.


With the exception of 1 55-75 year-old male and 1 15-35 year-old female, the responses of the individuals I interviewed matched the data I collected from the self surveys. 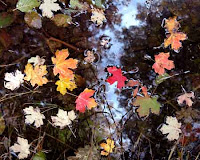 With the exception of the fact that one of my female age groups has a higher taboo word use number than the corresponding male group, each prong of my data supports the other two prongs (the literature correlates to both the self surveys and personal interviews, as does the personal interview correlate to both the literature and self-survey, for example.)
Posted by Melissa Ford Lucken at 6:27 AM No comments:

The self-analysis surveys were completed by 23 participants. Because my research goal was to focus on spoken language in same gender/same generation groups and because younger generations codeswitch around older generations, and because younger people, both males and females, are less likely to use taboo words in front of those they perceive to be adults , I controlled the self-surveys by requiring participants to indicate their age group and gender. As the attached form indicates, data was collected on taboo word use as well as narrative content. This approach enabled me to analyze both points simultaneously and to seek a connection between the two.


The data gathered from personal interviews was not numerically substantial enough to be quantified or used for generalization. Instead of tabulating the data, I used it as a point of reference for my analysis and reflection; I compared it to the data from the self-surveys and information gathered from the literature review to arrive at my conclusions.
Posted by Melissa Ford Lucken at 6:20 AM No comments: