Social Media, what it should do for authors, writing programs and some #random #thoughts

I don't have any training in social media. I've formed my opinion from what I've heard at conferences, from other authors, and what I've pieced together from articles and stuff. Before I reworked my commercial fiction blog,  I averaged 150 hits a month. Now I average over two thousand and it continues to go up. For me, I think social media ought accomplish to three key things: 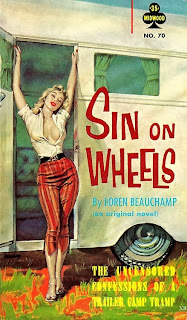 Reinforce Brand
By reinforce the brand, I mean provide information on events and topics, whatever things are of interest to the audience. I know "reinforce the brand" sounds kind of markety or contrived, but all I mean is to think about who you are as an author, and provide whatever your audience needs or is interested in. In the case of an author, that will be anything connected to to the author's books and related topics. In the case of a writing program, audience would be prospective and current students, alum, faculty, and friends of the program. Friends of the program would be other writing programs that are in some way connected with the literary community, for example, journals students and faculty submit to and publish in. I've heard that social media should be 80% information, fun notes about successes, relevant chatter, and 20% promotion. If there is too much obvious promotion, the audience will not perceive themselves to be a beneficiary but a target. So they disconnect. I use this philosophy in my own use of social media.


Organize Brand
Another thing I think is helpful is to use social media (Facebook, Twitter, Pinterest, tumblr, etc) to drive the audience to the one common source. For me, my one common source is isabelledrake.com. Once they get there, readers will find not only what they are looking for, but other great stuff. The one source place serves as an archive of information and whatever else is relevant and is searchable. It's also designed to provide what the audience seeks. An author can use social media to drive the reader to the one source place (blog or website) by posting the content on the site and putting links to the site out in the media. For example, program press releases could be posted on the program blog or site and the link to the blog could be put on the program Facebook page. That way, the news gets out right away and it is also available later. Also, with student and faculty publications, the same thing. The info could be posted on the site with the link posted on Facebook and twitter. Instant news, but also available later. Another example, covers could be put on Pinterest and the cover would link back to the program site. See? The social media drives the audience to the site so they will see all the awesome stuff right there. 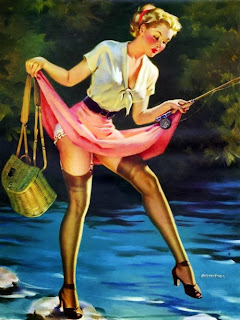 The need to generate buzz for authors is often discussed as though it is impossible and mysterious. There is certainly a luck component to "buzz" but authors can use social media to their advantage by thinking about how different social media accounts function and how the accounts can interconnect and strengthen each other. Name recognition is important for authors and writing programs but for different reasons. Authors need to focus on themselves and their work. Programs must consider the needs of the program as well as the needs of the students. The program needs buzz to attract new students; the current and alumni students need buzz to achieve their individual goals. This can be achieved through the use of social media. For example, featuring student work and news on a writing program site accomplishes both needs because the links to the program site can be easily shared by students, alum and faculty to people outside the program. If a someone in the writing program does a post or has something featured on the site, they can post the link on their own social media outlets and that too will drive people to the program site. This cross promotion generates buzz and enables the program to reach many people. Also, the post could be used later by students. For example, in a query letter or job application, the student could include the link to show off their work. The post on the program site would show off their work but again drive someone new to the site. In that way, it benefits both the student and the program.


Why the Pin-Ups here?
To reinforce brand, of course!
Posted by Melissa Ford Lucken at 7:48 AM 2 comments: