“Are you sure you don’t have any of those hybrids?”

Anna Peace tugged on her white uniform collar as she stared at the customer leaning on the waist high, sleek white counter of the shop where she worked. The other girl was about the same age, eighteen, but no doubt their lives were worlds apart.

Biting back her annoyance and resentment, Anna replied, “Like I said a minute ago, that rumor about the hybrids is just talk. Those don’t exist.” And how could they? If they did that would be really wrong. Seriously. The actual models were bad enough as far as Anna was concerned, but here she was, selling them. A person had to earn. Fight to get ahead. Especially if they didn’t have parents to buy a future for them.

The shopper and her mom were typical Tower types. Head-to-toe over-priced everything and the kind of attitude people get when they grow up looking down at everyone else.  Arrogant. Ignorant. And condescending. Not a pretty mix. The girl tapped the base of the 3D display screen, the click of her lilac nails emphasizing that she was not satisfied with anything that flashed in front of her. Several models zipped by, floating in the air space above the gleaming counter. Each one was full-featured and labeled with its time period. Jack James’s reputation for a first-rate selection with consistent high quality was well deserved. The shop’s stock was complete. Every decade between 1920 and 2020 was represented. The girl sighed and turned a well-practiced pout to her mom. “Seriously, are you sure I can’t order a custom?”

“Don’t make that face. We’re still paying on your lips.” Turning to watch the models obediently flip by, her mom added, “Pick one from the catalog, so we can have it delivered for the party. If you got a custom, it’d take a couple weeks.” The woman stopped the rotation of the display and scowled at a petite, delicately detailed model from the 1950’s. A flicker of empathy floated through her gaze, but it was gone by the time she lifted her designer face to Anna. “Isn’t that right? Customs will take too long?”

“Customs take at least four weeks to prep,” Anna replied. “You’re hoping to have one in place for the final night of Carnival?”

“That’s right,” the girl cut in, pushing her mother’s hand aside, tapping again, each model dashing by before it had a chance to pop off the screen and pivot.

“I know it’s last minute, with Carnival already started,” the woman said to Anna, “But well, that’s the way we do things. Once Tina gets her mind set on something, there’s no stopping her.” The mother eyed her daughter, a tiny gleam of fear threading through the tight lines of her smooth face.

Anna understood that fear. Family ties could be complicated and frightening. The way you could be connected to someone you thought you knew but actually didn’t. She stepped back, smoothing out her pink shop skirt as she pulled her gaze away from the pair at the counter. 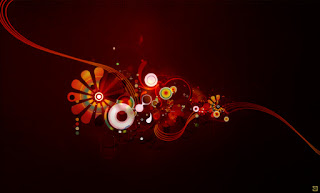 Outside, on the street, dusk was drawing out the night crowd. Three days into Carnival, the usual mob was especially thick and rowdy, churning through the city in chaotic clusters. All dressed in the Carnival colors of red and purple, the individuals blurred together into one never ending stream of movement, pushing the scent of late nights and carelessness into the air. All afternoon, groups had been breaking away, coming to linger in front of the new window display, a Dark Ages diorama Jack James himself had designed just for Carnival. The embellished portrayal, featuring whips, chains, and bindings gave Anna the creeps, but the scene worked—it caught everyone’s attention whether they wanted it to or not.
Posted by Melissa Ford Lucken at 1:52 PM No comments: